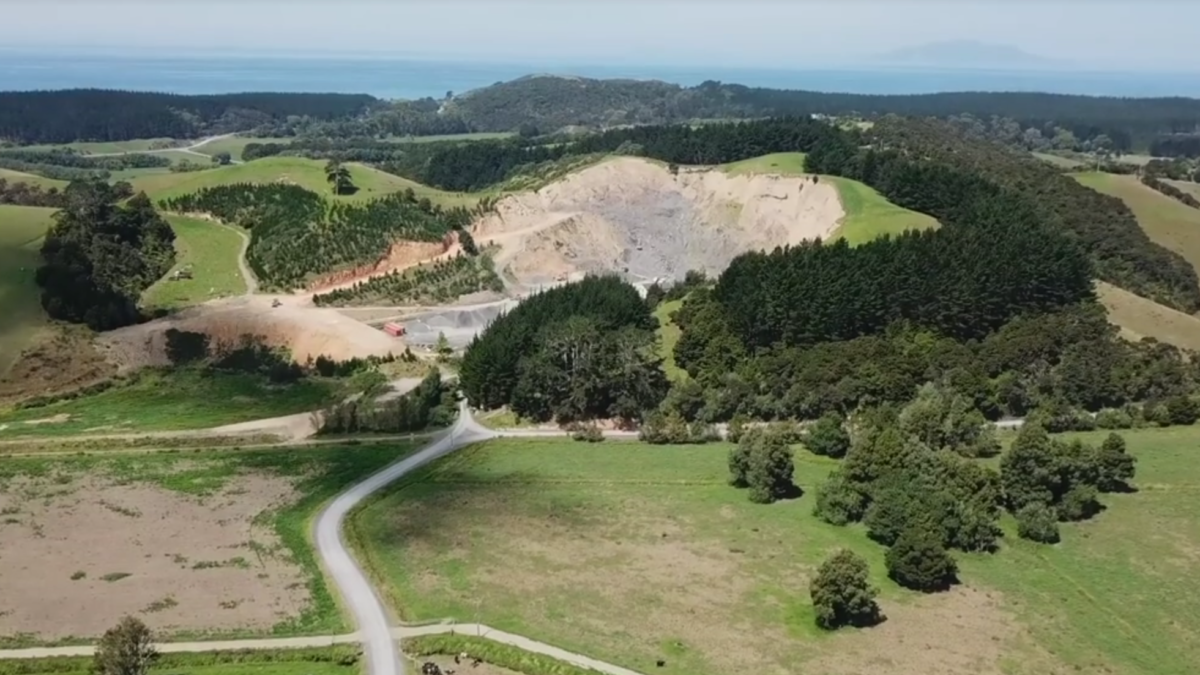 We have received this info from Lake Road Preservation Society which outlines the issues facing Te Arai from a vast expansion of the existing mine at Lake Road, please take the time to view their video and sign the petition:

Open Cast Mine planned for Te Arai Point
As Auckland Council invites people to have their say on the new regional park at Te Arai north of Auckland, a proposal is in place to destroy over six acres of native bush and expand an open cast mining operation near the entrance to the new park.

Auckland Regional Council is calling for input from the general public for the new park which it seeks to manage due to its ‘exceptional wilderness quality and significant ecological values’.

“How Auckland Council can allow a quarry not only to operate but potentially expand even further next to a designated ‘area of significant natural beauty’ is completely unfathomable,” says Doug Baird, president of Lake Road Preservation Society.
Lake Road Quarry (Nampara Holdings) was started in 1981 by local farmers Dave and Sheryl Pacey who applied to Rodney Council to operate a small scale aggregate quarry on Lake Road, Te Arai, Mangawhai, for the use of local farmers.
The council approved a Land Use Consent in 1981 for the extraction of 2,000 cubic meters and vehicle movements of up to 2 trucks per day which the local community were happy with. However since 1981 production progressively has increased with the quarry itself reporting current
production at 60,000 cubic meters which is in breach of the quarry’s Land Use Consent and has left a huge scar on the landscape.

The current operation of the quarry is already having serious consequences for the natural environment and for the health and safety of local residents. The proposed expansion for 130,000 cubic meters per year will potentially see more than 200 heavy trucks a day travelling at speed on unsealed rural roads, posing a real danger to the increasing number of visitors coming into the park.

Doug Baird says, “in 1981, there were few residents or visitors to the area and the single lane metal roads were adequate for low volumes of traffic. The current environment has changed dramatically and the breeches of the consent for extraction and traffic make the situation untenable. There are regular accidents on the surrounding roads leading to the quarry on Lake Road, with Te Arai Point Road being the main access to popular Te Arai Beach, currently recognised as one of the top ten beaches in New Zealand.”

There are concerns in the community that the proposed expansion will see a significant area of native bush being destroyed and will have a detrimental effect on the local bird life and other native species. In addition there are concerns the water run-off from the open cast mine pit has the potential to further endanger the dotterel and fairy terns nesting at the mouth of the Te Arai stream.